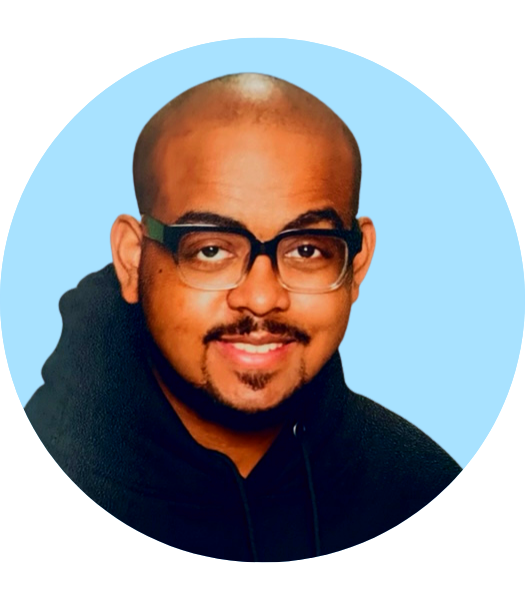 Jordan Coleman, a young man with autism, participated in the Dream Big Summer Career Camp in 2021. While the camp was held virtually, Jordan had a great experience learning from presenters and meeting with a variety of people who shared similar interests.

“I felt at home during Dream Big and learned so much from the program,” he said. “I was able to apply all that I learned at camp to real world scenarios.”

During his time spent at Dream Big, Jordan learned to advocate for himself and create what he calls “elevator pitches,” which allow him to share his strengths and weaknesses with potential employers. After camp, he applied his knowledge to job interviews and is now working as a bagger at Schnucks, a job he enjoys due to the friendly people he meets and the convenience of buying snacks on-site during his breaks.

Jordan also graduated early from McCluer North High School and is now enrolled at St. Louis Community College – Florissant Valley, where he is taking a writing course. He is going to school to become a software developer, one of his many goals.

“My favorite company I met during Dream Big was Riot Games, the creators of some of my favorite video games, including League of Legends,” he said. “I asked each individual a lot of questions about how they got that job and it really inspired me to pursue this dream of developing software and possibly video games – it made me excited for my future and career.”

In addition, he also enjoyed meeting a representative from Wells Fargo, who showed him ways to work through the challenges he experienced with math. “They were extremely accommodating and gave me some great tips,” Jordan said.

In his spare time, Jordan is also working on writing a book he hopes to publish.  Given his love of comics, the book is in the science fiction genre.

Writing a book, graduating college, developing games, being more social and conquering his math challenges – those are all goals Jordan is working on accomplishing. Much of his confidence and excitement for the future comes from his experience at the Dream Big Summer Career Camp.

“For anyone who is wondering if they should attend the camp, I say go for it,” he said. “You will meet great people, make friends and learn a lot of new things. I highly recommend it.”