Access U Eases Justice’s Transition to the American Workplace 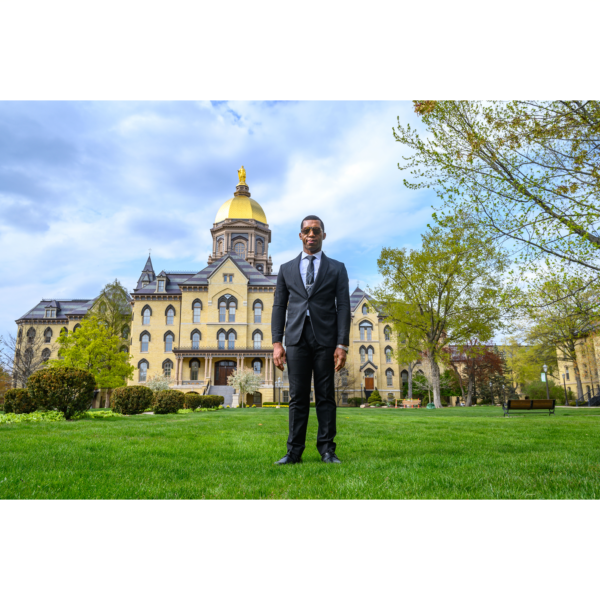 Disruptions in the power grid are a regular occurrence in the West African nation of Nigeria, where Justice Chukwu grew up. But for a blind student who uses assistive technology to navigate the academic rigors of college life, the intermittent outages were especially frustrating.

“Those who had sight could still read without electricity during the day. If the power went out at night, they could just go to sleep,” Justice explains. “But a blind person needs electricity day and night in order to read and study. I became demoralized at times and would lose interest, but I just kept pushing harder and harder until I graduated.”

Justice completed his law degree and was admitted to the Nigerian Bar in 2017, despite the exorbitant price of screen readers and other technologies, limited access to training, not to mention the unreliable power. While the journey was difficult at times, Justice wouldn’t change any of it.

“My schooling prepared me very well for the challenges I would face in life. I say that categorically without mincing words,” Justice declares. “Without that experience from school, I don’t think I would be resilient enough. I faced different types of challenges when I arrived here in the United States, but thanks to the resilience I had already developed through the difficult situations I encountered in Nigeria, I was able to circumvent and maneuver those challenges more easily.”

Justice enjoyed a brief but eventful career as a lawyer in Nigeria, negotiating the release of 11 prisoners during his tenure with the Legal Aid Council. He was also actively involved in the Economic Community of West African States as well as United Nations efforts in Nigeria. But his passion for international law and human rights eventually beckoned him to the U.S.

After receiving a fellowship from the Kroc Institute for International Peace Studies at the University of Notre Dame, Justice began his Master’s program in Global Affairs. As a lawyer and distinguished scholar, Justice was more than prepared for the academic demands of such a prestigious university, but he needed a support system in place to help ease the transition to a new culture. That’s where Access U came in.

Justice found out about Access U through Access-ABLE, a disability advocacy group on Notre Dame’s campus. After corresponding with College Outreach Coordinator Katie Fields and learning more about the program, Justice became a virtual participant in Access U.

“As an international graduate student, I didn’t know much about the work environment in the United States,” Justice acknowledges. “I also needed to learn about American culture as it pertains to persons with disabilities. Given the fact that I needed this training and coaching to supplement the resources at Notre Dame, I felt that Access U was incredibly useful.”

In addition to helping him adapt socially to his new environment, Access U gave Justice the opportunity to hone his resume and cover letter-writing skills while gaining comfort and confidence in interview settings.

It didn’t take long for his hard work to pay off. Even before his graduation from Notre Dame last month, Justice had already accepted an offer to go to work for Disability Rights Oregon.

Through his professional and volunteer work in Nigeria, Justice often gave a voice to the least privileged populations in his homeland. He looks forward to making a similar impact in his new role with Disability Rights Oregon.

“My job, roughly speaking, is to conduct client intake interviews and help victims of crime to move beyond victimization, to give resources and information to empower and build self-advocacy,” Justice describes. “I also have the responsibility of working with the police and other law enforcement agencies to ensure that people with disabilities who are victims of crime can secure adequate justice.”

Although the United States is teeming with resources and opportunities for people with disabilities, especially when compared to a less prosperous place like Nigeria, Justice recognizes the tremendous amount of progress that still must be made in order to achieve a just, equitable society. As a tireless advocate for disability rights, Justice considers it a personal mandate to be a positive force for change.