Anna is Taking Our Virtual Programming to a New Level 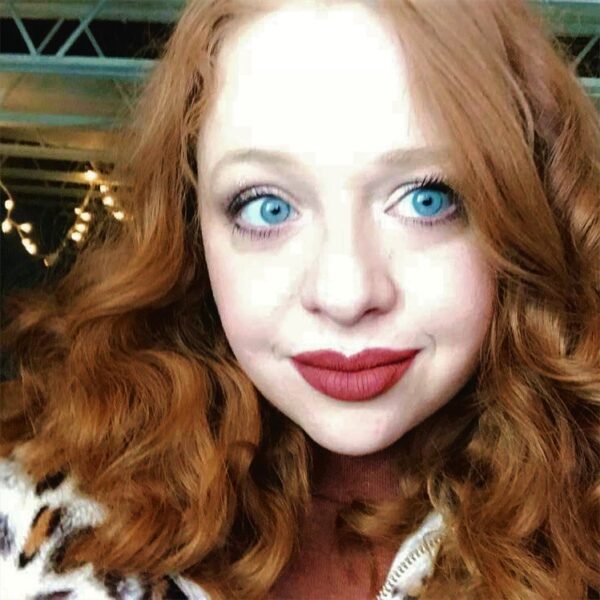 If you’ve attended a virtual Starkloff event since February 2021, you’ve probably been in the same room as Anna Alexander, one of SDI’s newest team members.

Anna joined Starkloff as a Virtual Classroom Coordinator last winter to assist the Career Academy staff by running the technical functions of Zoom, a virtual meeting software. Since then, Anna has become SDI’s official Zoom guru, stepping in to support larger Starkloff programming like the Workforce, Workplace Disability Summit and Universal Design Summit 7.

Anna is a St. Louis native and went to Melville High School. After graduating, she attended Southeast Missouri State University in Cape Girardeau and received a Bachelor’s degree in Mass Communications, majoring in TV and film with a minor in writing and literature.  Early in her career, Anna worked on the physical side of production where she learned the art of multitasking – an invaluable skill in her current role.

“It’s hard to do multiple things at once, and this [Zoom] isn’t a classroom,” Anna explains. “Because this is online and there are so many different aspects, we do need someone to run the show — the back end. Zoom is very similar to the broadcast industry.”

Anna moved back from Cape Girardeau in October of 2019 and was looking for a job when she found SDI’s job listing on Indeed.

“I did some research and looked on the website,” Anna shares. “I thought Starkloff looked like a good place for me as someone with a disability.”

Even though Anna has been with us for over a year, she’s never met anyone at SDI in person. “I did watch Jason’s cats over the summer,” she chimes. “I want to meet everyone soon.”

“Anna has been tremendously helpful! It’s difficult to keep track of everything that needs to be done to run a virtual class,” Jason Hartsfield, Lead Disability Consultant gushes. “Thanks to Anna, Susan and I can focus on providing the best possible education while being confident that Anna will quickly handle any technical issues that come up.”

In her spare time, Anna likes to bake, sing and dance. She spent her high school years doing theater and won the Faultline Film Award for drama back in college. She has 3 cats.

Anna’s an invaluable asset to SDI, and the entire team makes sure she knows it. “I feel the love here,” she concludes.