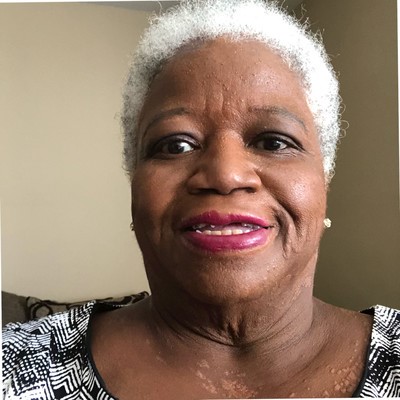 “They were surprised that I didn’t become a writer because I used to make things up and share these stories with them,” Barbara recalls. “They were stories of Black people being equal, having money and enjoying the same opportunities as other people. That’s the way I saw things in my mind.”

These don’t seem so far-fetched in 2021, but in 1950’s-era inner-city Chicago, they were fanciful tales indeed. At a time when racism was more or less accepted as a daily reality, Barbara questioned it at every turn.

As Barbara describes it, she first became aware of her blackness as a seven-year-old in 1959.

“My mother and I were waiting at a bus stop along Roosevelt Road; we were the first to arrive. We were standing there talking when a group of white people showed up,” Barbara remembers. “The bus pulled up, but mom held me back and said we had to wait. We had to wait because they were white. I didn’t understand it, but you didn’t question your parents in those days.”

When Barbara and her mother were finally permitted to board, they could only linger at the front of the bus long enough to pay their fare. Then, they were forced to exit, walk the length of the bus to its rear entrance and get on in the back.

While the adults were often divided along racial lines, children proved to be a bit better at finding common ground. Barbara’s father was a minister, and although his church consisted primarily of Black parishioners, some poor white people gathered there for worship as well. Barbara soon befriended one of the young white boys from her father’s congregation.

The two of them would play for hours at a neighborhood park. Ever curious about the segregated world around them, the children conducted an experiment one day while they were out to play.

Beyond the segregation and basic lack of equality, racially motivated violence and acts of intimidation were also commonplace. The idea that bigotry and hate crimes were somehow unique to the South simply wasn’t true. In fact, Barbara says the North was scarier in some ways.

Barbara encountered discrimination at school as well, but not necessarily because of her skin color. Although she was a bright, inquisitive student, Barbara struggled with reading and writing. While she didn’t receive the official diagnosis until college, it turned out Barbara had dyslexia.

“I knew I was a child who didn’t learn like everyone else, but I didn’t know there was a word for it,” Barbara acknowledges. “I always knew the words I wanted to write, but when I put them down on paper they looked different.”

In middle school and high school, teachers would say things like, “She can learn, but she’s just a little slow.” One professor at Olive-Harvey College suggested she change her major to home economics because she just wasn’t smart enough to ever become a nurse. Fortunately, another one of Barbara’s instructors, Ms. Collins, seemed to have some knowledge as to how to accommodate dyslexia, and she helped Barbara considerably with her reading and writing. Despite the low expectations of others, Barbara went on to complete her degree and enjoy a long, successful career in nursing.

Growing up, Barbara saw firsthand how easy it was for young Black people to fall behind academically. She describes an education system where students were simply passed from one grade to the next, regardless of whether or not they actually learned anything. College was a rarity for these students. This motivated Barbara to take an active role in the education of her own children. In fact, she took it a step further than that.

“I was the first African-American woman to serve as Vice President of the Illinois Parent-Teacher Association,” Barbara declares. “I traveled all over the state, talking to kids and asking them what they wanted to be. It was important for those kids to know that they had options.”

After surviving a battle with cancer, Barbara moved to St. Louis in 1998 where she continued her career of education and giving back. First, she managed blood services for the American Red Cross. Later, upon earning her Master’s in Hospital Administration from the University of Phoenix, she went into teaching at local community colleges. Today, she volunteers with the Starkloff Disability Institute and AARP, helping seniors gain the skills and confidence to re-enter the workforce.

For Barbara, Black History Month is also about education. On her own social media channels, she features a different civil rights pioneer for each day of February. Their stories represent immense struggle and sacrifice in pursuit of freedom, justice and equality, ideals that feel like reality on many days but too often are reduced to distant, unattainable notions when senseless acts of hate occur.

“We have come such a long way, but it breaks my heart that people are still dying because of the color of their skin,” Barbara laments. “I have a 13-year-old grandson. He and his kids shouldn’t have to live through what we had to endure.”