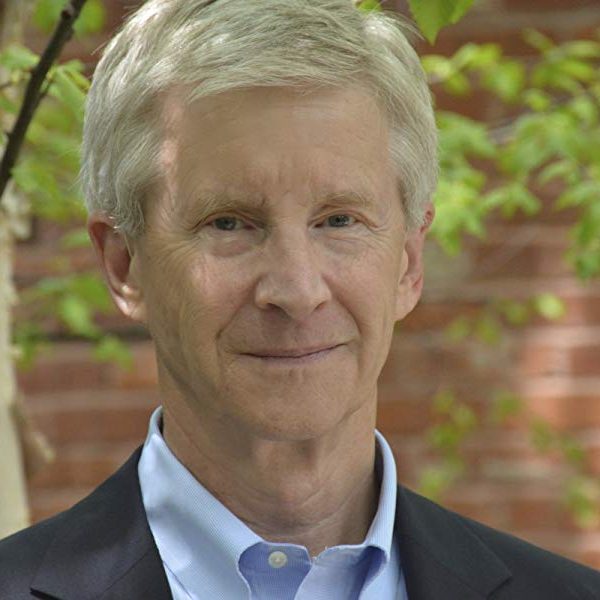 Over a career spanning more than 30 years, SDI Gold Star Board Member Charles E. (Charlie) Claggett, Jr. emerged as a true legend in the advertising industry, helping some of the world’s most recognizable brands reach audiences around the globe with simple, funny, brilliantly conceived ads.

But Charlie, an award-winning advertising executive best known for his work with D’Arcy St. Louis’ Budweiser account, suddenly found himself in a different sort of pitch meeting. Rather than working on behalf of a global beer empire, this time he was attempting to garner support for a fledgling nonprofit called the Starkloff Disability Institute.

The young organization sought to improve the lives of people with disabilities by putting them to work in competitive jobs, but it needed the backing of St. Louis’ best employers, companies like Nestlé Purina. So along with Bill Durham (another Gold Star Board Member), Charlie arranged a meeting with Steve Degnan, Chief Human Resources Officer.

Charlie fondly recalls this first encounter at Nestlé Purina: “So we’ve got our PowerPoint and it’s all printed off. I’m going through the presentation and ready to pitch this guy when he stops me and says, ‘Look, say no more. I see the benefits of hiring people with disabilities; I just don’t know how to do it. Where do I find them? How do I interview them? I need your help.’ That response really gave us a lot of encouragement, so we went on and spoke to more companies.”

As fate would have it, Nestlé Purina ultimately established itself as one of SDI’s most trusted corporate allies, and Steve Degnan eventually assumed the mantle of Board President.

“Charlie has been a personal mentor to me since I succeeded him in the role of Board Chair several years ago,” Steve says. “He has demonstrated loyalty, great insights and amazing generosity to SDI.”

“As a new Development Director, you couldn’t ask for a better Board Chair than Charlie Claggett. He left no stone unturned in terms of finding resources to advance our mission,” Lori exclaims. “Charlie is also one of the most delightful humans you will ever meet, always in good humor with kind words and a funny, self-deprecating story to share. You could not ask for a more devoted board member, friend and advocate than Charlie Claggett.”

The Gold Star Board Member designation is reserved for those who dramatically exceed the duties of a typical board member, individuals whose tireless efforts and fierce dedication leave an indelible mark. Charlie Claggett fits this description to a tee. His fingerprints can be found all over the organization, starting with its name.

Charlie chuckles at the memory of an early conversation with Max: “It was called the Disability Strategies Institute in the early days, and I said, ‘You know, Max, that’s just kind of a scary sounding name. I have no clue what an organization by that name actually does. The name Starkloff has equity going back generations. Certainly, everybody in St. Louis knows who you are; people nationwide know who you are. Why not call it the Starkloff Institute?’”

Not wanting to draw attention to himself, Max reluctantly agreed. But the word “disability” had to be included, so the Starkloff Disability Institute was born.

Defining the mission came next. In the early stages, Charlie saw an organization attempting to position itself as a sort of think tank or policy institute. As far as engaging potential donors, however, Charlie and other board members thought it would be a tough sell. Max repeatedly emphasized the disability community’s need for meaningful employment opportunities, and Charlie saw this as the singular cause everyone could get behind.

Prior to being officially appointed as a board member, Charlie had already begun the writing odyssey that would eventually produce Max Starkloff and the Fight for Disability Rights. In fact, Charlie’s primary motivation for being on the board initially was to learn more about the Starkloffs and gather information for the book. It was during his research that he learned of the so-called “hire-the-handicapped” initiatives, nationwide campaigns to encourage the employment of disabled vets after the war. He noted the ineffectiveness of those efforts and marveled at how he came to be firmly stationed at ground zero for the new movement for disability employment.

“There had been a lot of mass-media messaging over the years trying to get companies to hire people with disabilities, but it didn’t work. The economy went up, the economy went down, but disability unemployment stayed flat, at the bottom of the scale,” Charlie explains. “Ironically, I made my living in mass communications, but we were going to have to find a different way to spearhead this mission, which led us to call on individuals like Steve Degnan.”

According to SDI Founder Colleen Starkloff, Charlie played a pivotal role in the organization’s early development.

“Charlie’s ideas about how to organize and manage a growing organization truly helped us think about our future and be Mission-driven,” Colleen points out. “He was dedicated to introducing new friends and donors to SDI, and met weekly with management to craft ideas about the next steps for program and organization growth.”

Charlie served as SDI Board Chair from 2004 to 2014, all the while chipping away at Max’s book. His detective work took him to the nursing home where Max once lived, met his wife Colleen and launched Paraquad, one of the nation’s first centers for independent living. He traveled the very road Max was driving down when he flipped his sports car and became paralyzed. Charlie even spoke with the police officer who first responded to the accident.

Finally, thanks to the editing expertise of Richard Weiss, financial support from Richard Weil, and more than a decade of exhaustive research, Max Starkloff and the Fight for Disability Rights was published in December of 2014. As someone who had never written anything longer than a 60-second TV ad, Charlie was humbled by the experience. He was also exceedingly grateful for the opportunity to throw himself into such a momentous project during a transitional period in his career.

“It was a difficult time for me because my previous role at D’Arcy had been pretty much a 24-7 job and I was kind of burnt out. I didn’t want to return to the agency world, but I wasn’t sure what I wanted to do,” Charlie reflects. “This book gave me something worthwhile to focus on, and I enjoyed the entire process.”

The memory of Max is honored with a gold star on the St. Louis Walk of Fame and, of course, you can’t spell Starkloff without S-T-A-R, so this recognition seems befitting of one who has so graciously given for so long.

“Anything I do with SDI is much more rewarding than awarding. I just get so much more out of the organization than it gets out of me,” Charlie insists. “I’ve enjoyed my time on the board and I’m honored to have a gold star. It may be the first gold star I’ve ever gotten.”