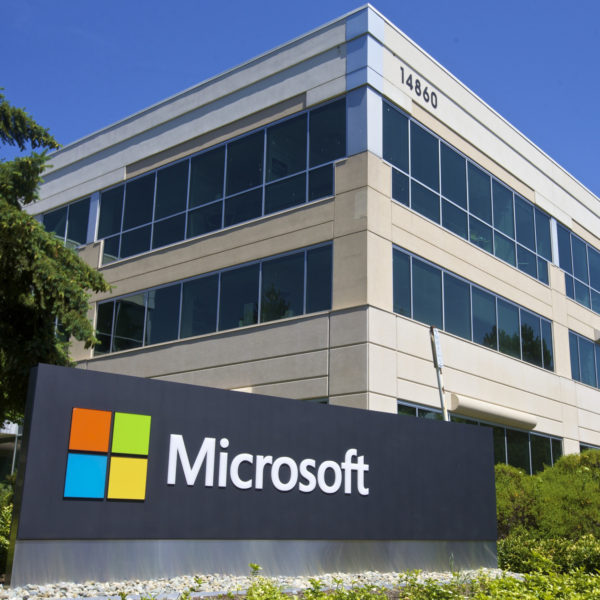 Colleen Starkloff visited with Microsoft Chief Accessibility Officer, Jenny Lay Flurrie in early September at Microsoft’s headquarters in Redmond, Washington. Colleen went there to discuss disability hiring with Jenny, who has an acquired hearing loss and is deaf.

“Microsoft doesn’t have as many employees with disabilities as it would like,” Jenny told Colleen, “but we are making a concerted effort to create a culture of disability and a welcoming environment.”

Jenny works with various departments at Microsoft, helping them make accommodations and create welcoming teams for workers with disabilities. “Microsoft has been attracting a growing number of employees with Asperger’s syndrome who want to work on technological issues for Microsoft,” she told Colleen. “We are always looking for new ideas or problems to solve that can make Microsoft products more accessible and usable by people with disabilities.”

“What a statement of leadership to have someone with a disability leading the company disability hiring effort!” Colleen professed. In addition to her role at Microsoft, Jenny is currently the President of the Board of Directors for the United States Business Leadership Network (USBLN), a national non-profit that helps business drive performance by leveraging disability inclusion in the workplace, supply chain and marketplace.

“We also discussed how many more corporations are getting interested in disability hiring, that now is the best time ever to open doors at corporations to employees with disabilities,” Colleen reported.

The keynote speaker for SDI’s upcoming Workforce, Workplace Disability Summit is from Microsoft, too. Megan Lawrence, PhD – the Accessible Technical Evangelist at Microsoft – will be the headliner for the day of learning at the Four Seasons Hotel in St. Louis on December 14.