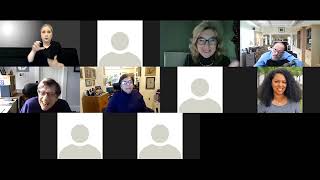 Nestled in the picturesque New York Catskills, Camp Jened was a summer camp for teens with disabilities in the 1950s, ‘60s and ‘70s. It would also prove to be the unlikely cradle of disability-rights activism in the United States, as portrayed by the critically acclaimed documentary, “Crip Camp: A Disability Revolution.”

Released March 25 on Netflix, “Crip Camp” chronicles the struggle for disability rights throughout the 1970s. It takes viewers inside the San Francisco federal building occupied for nearly a month by disabled demonstrators as they put pressure on elected officials to sign key provisions of Section 504 of the Rehabilitation Act.

The film also depicts protests in Washington, D.C. and New York, demonstrations organized in response to President Nixon’s initial vetoes of the Rehabilitation Act, the segregationist notion of “separate but equal” and the lack of 504 enforcement once the legislation was passed.

But the backdrop to all of this civil disobedience was Camp Jened, a place where many of these eventual activists experienced true freedom, acceptance and comradery for the first time.

On April 4, the SDI family was fortunate enough to be joined by Judy Heumann as well as Neil and Denise Jacobson, three of the stars of “Crip Camp,” for a live Q&A conducted via Zoom webinar. SDI Founder Colleen Starkloff moderated the event, as Judy, Neil and Denise took turns answering questions submitted by participants before and during the Q&A.

Colleen first met Judy Heumann in 1974 and has come to regard her as a “sister” in the fight for disability rights. A special bond also exists between Colleen and the Jacobsons, as she helped the couple adopt their son David in 1987. Colleen was thrilled to introduce these three disability-rights pioneers to the audience of roughly 350 that assembled for the event.

“Their stories are similar to those of millions of disabled people around the world who are tired of being considered second-class citizens and who have succeeded in living independent lives,” Colleen remarks. “What a privilege!”

As Denise described to the audience, Camp Jened instilled a sense of belonging and self-worth that had been largely missing from her and her friends’ lives up to that point.

“The camp has an ideology, and the ideology is that everyone has a voice,” Denise reflects. “When you grow up with a disability, you get very used to people telling you what to do, how to feel, what’s best for you. So when we went to Camp Jened, it was the first time that we had the opportunity to use our voice, and that was very empowering.”

When asked about extinguishing ableism and attacking the most substantial hurdles currently facing the disability community, Neil spoke passionately about improving quality of life by lifting people out of poverty.

“The most important policy issue I’m working on is ensuring that healthcare for all includes long-term community-based support services,” Neil explains. “But we need more political and economic power. We need to start investing in disabled-owned business enterprises. We need to lobby professionally.”

Ableism is nevertheless alive and well, and the notion of equality, even at its most fundamental level, is often met with skepticism and outright disdain.

Judy, a policy veteran who served under the Clinton and Obama administrations, recounted a situation where she was part of a committee exploring ways to improve bathroom accessibility aboard airplanes. When conversation reached a stalemate, Judy dared to suggest that if airplanes can’t offer accessible bathrooms, then perhaps there should be no bathrooms at all. The other committee members sat in shocked silence.

Even as one of the most celebrated figures in the history of disability rights, Judy acknowledges the impact of her camp experiences on her life’s overall trajectory.

“I wouldn’t have had the same opportunities to meet disabled people, become friends with disabled people, form alliances and really begin to dream,” Judy admits to the audience. “In many ways, we didn’t have any real dreams because nobody had been encouraging us to think about our futures.”

Individuals from across the United States and parts of Canada participated in the “Crip Camp” Q&A, the first SDI event of its type to be held on a video-conferencing platform like Zoom.

In addition to handling logistics during the Q&A, SDI Director of Development Scott Thompson helped coordinate American Sign Language interpreter services and live captioning for the event. He was pleased with the level of participation and overall pace.

“For a first-time virtual event, I feel it was very successful,” Scott says. “The biggest challenge was working through the 100-or-so questions submitted before and during the event. We were able to get through 20 or 25 of them, which is very good for a Q&A like this.”

You can experience the Q&A now on SDI’s YouTube channel.