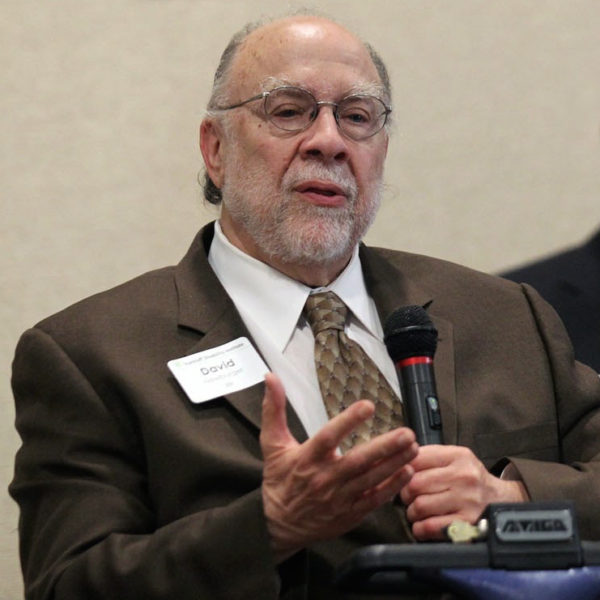 SDI Co-Founder David Newburger gave a pair of presentations at last month’s National ADA Symposium, the premier conference on all aspects of the Americans with Disabilities Act. Held June 16-19 at the Gaylord Texan Resort in Dallas, the event features a variety of educational and training sessions on ADA regulations, implementation strategies and best practices.

The symposium covers a comprehensive array of topics, David reports. “There’s training on universal design standards, housing, public accommodations, employment … anything relating to the ADA you can think of.”

David’s first presentation focused on an issue the public doesn’t often think about: How does a city ensure its cultural attractions, entertainment venues and sports complexes are accessible to disabled people?

“The discussion there was how a local community of disabled advocates can get their point of view included in major civic projects,” David says. “Architects and designers aren’t looking at things from an accessibility perspective. How can disability advocates intervene in those situations, not only to give their advice but also to ensure their suggestions are being understood and properly implemented?”

According to David, the solution requires a collaborative effort among members of the disability community. Becoming familiar with the individuals leading the project and the political forces at play is a good place to start. Support from the mayor and other elected officials filters down to people at all other levels of the project, helping make universal design a reality rather than an idealistic buzzword.

“One of the major sources of doubt among hiring managers comes from civil rights law. Companies are afraid that by favoring qualified applicants with disabilities they run the risk of having reverse discrimination cases brought against them by non-disabled applicants,” David says. “Under general civil rights laws that would be a concern,” he explains, “but the ADA explicitly contains a provision stating that a person who does not have a disability has no legal cause of action to complain about reverse discrimination.”

Although many corporations invite candidates to disclose their disabilities, this information isn’t always passed along to the proper hiring personnel. To prevent disabled job seekers from being lost in the shuffle, David suggests developing an automated system that flags all applicants who disclose a disability or request an accommodation and places them in their own group, separate from the general pool of applicants.

While solutions like these may seem obvious to the advocates who fight for disability rights on a daily basis, there’s no telling who might be in the audience. This is why David Newburger continues to spread his message at events like the National ADA Symposium.