Empowering Jobseekers from One Stage of Life to the Next 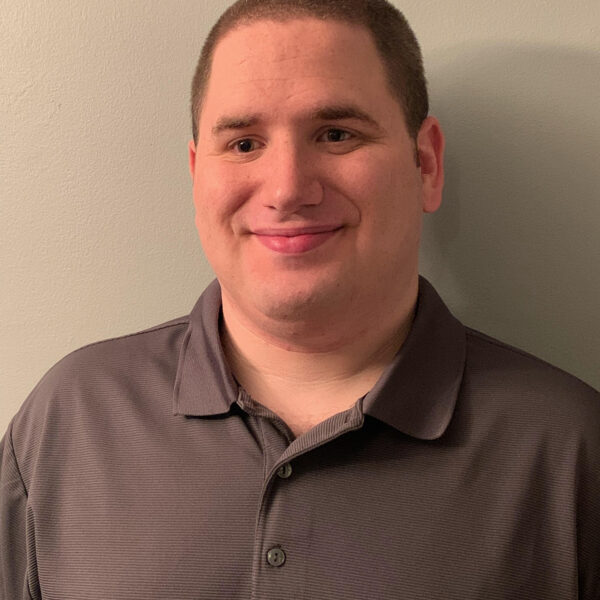 As one of the founding players and board members who helped bring blind hockey to St. Louis in 2017, Sean Borah already knows how to generate interest and support for a new idea.

“Especially when you start a nonprofit organization, you are always marketing yourself and the people you work with, even when you’re not in the office,” Sean observes. “In a fledgling sport, and in adaptive sports in general, you are constantly an ambassador for it and the causes you believe in. Spreading the best message and image is paramount.”

After participating in SDI’s Access U program, graduating from Webster University in May and recently completing the summer session of the Career Academy Course, Sean also knows the importance of selling himself as a jobseeker.

Early in his collegiate journey, Sean contemplated a career in psychology or counseling, but all it took was one introductory marketing course to discover his true passion.

“The basics of marketing, and even the more advanced concepts, almost came as second-nature to me,” Sean reflects. “I’m very creative. I’ve always been one to come at things from a different perspective, and I really like the idea of helping brands get their message out there.”

So he added a marketing emphasis to his Bachelor’s in Management. As graduation crept closer, Sean began to look for resources that might help steer him toward an internship and eventually a job.

Having hosted Access U at various networking events on campus, the director of Webster’s access office was quite familiar with Starkloff and its mission. In fact, College Outreach Coordinator Katie Fields is herself a proud graduate of Webster, so the connection runs even deeper. Sean soon began meeting with Katie to prepare for life after college.

“We worked on everything from resume writing to STAR stories to mock interviews,” Sean recalls. “I had a pretty good resume as far as structure and form, but I’m a recent graduate, so I don’t have much experience to report. But just learning the tricks of the trade, how to tailor my resume to maximize the potential of each interview, was helpful.”

After completing his undergraduate studies, Sean’s quest for employment began in earnest. He applied at companies large and small, for internships, fellowships and full-time positions. As eager as he was to join the marketing profession, he also knew he might have to exercise patience. Continuing to brush up on job-searching skills wouldn’t hurt, either.

As a former Access U participant, enrolling in the Starkloff Career Academy Course seemed like the next logical step. The fact that Sean’s brother Kyle completed the course one year earlier made his decision even easier. As stressful as the job search can be, joining the Career Academy helped Sean see he’s not alone.

“It’s definitely been nice to know I’m not the only jobseeker who’s struggling,” Sean acknowledges. “My brother completed the Career Academy, and he went a little while without a job, too. So it’s nice to be among other people who are going through the same thing you are.”

The consistent message of self-advocacy and empowerment from one program to the next give him a renewed sense of optimism for the future.