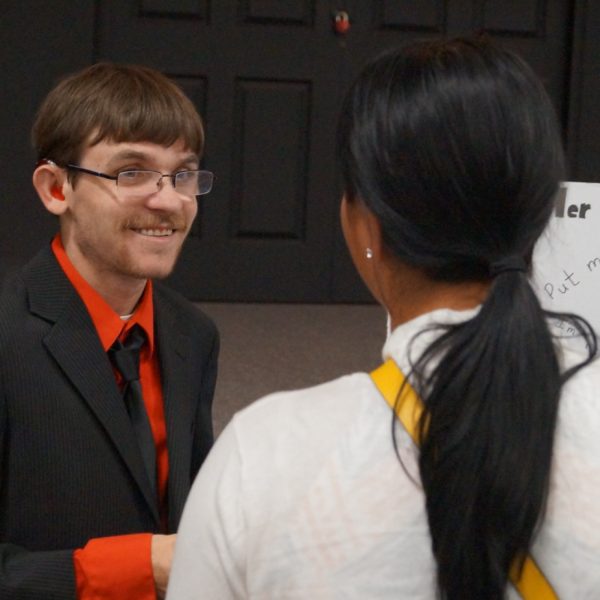 Sixty-one job seeker with disabilities participated in a regional Reverse Job Fair on August 9 in St. Charles where they turned the tables on the traditional job fair in order to showcase themselves to the 90 regional employers who attended. Ten of the participants were trained by Starkloff Career Academy staff to put their best foot forward at the event.

“When you taught me that it is alright to be soft spoken, this allowed me to focus less on how I was going to present myself and more on what I was going to actually say,” said boot camp graduate and social media expert Sara Hussain. “Knowing that I was heading in the right direction with those skills eased many of my anxieties.”

Prior to the fair, Career Academy Director Susan Menhard participated in a panel discussion of successful individuals with disabilities who hold leadership positions in companies and organizations.

“We were referred to as the Magnificent 7,” Susan shares. “Each panelist had a different disability and was professionally employed. The panel’s purpose was to provide information to the company representatives regarding our respective disabilities and share tips intended to make the representatives as successful as possible.

Susan enjoyed being on the panel. “The audience was attentive and I learned new things from the other panelist. I would like to thank the Magnificent 7 presenters as well as the Accommodations for Success planning committee for inviting me.”

Jason Hartsfield, Career Academy Associate plans to keep the Accommodations for Success Reverse Job Fair going. “We would like to bring it to Jefferson and Franklin Counties in the coming years,” he says. “Starkloff will continue training job seekers to participate. We are grateful for this opportunity.”

Accommodations for Success and the Reverse Job Fair are annual events organized through Missouri Workforce Development with the support of over 25 organizations, including Starkloff Disability Institute. We would like to thank all of our partners involved in the Reverse Job Fair, particularly Kevan Rutledge at Voc Rehab for organizing the event and the St. Ann Missouri Job Center for providing space for our boot camp. 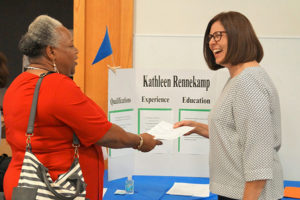