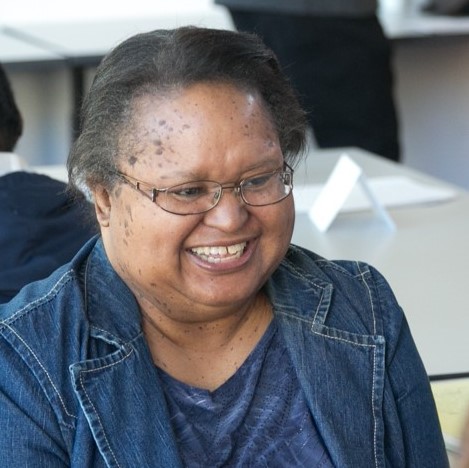 While working as a manager at a call center, Sharon Lyons began having trouble sleeping, seemingly out of nowhere. When she did manage to drift off, she was tormented by a host of vivid and troubling nightmares. Sharon’s job at the time proved challenging, but she excelled at it.

“It was pretty hard, but I learned a lot of things and got promoted a couple of times,” Sharon said. “It wasn’t the most fun job, and it was stressful, but I did pretty well there.”

The sleep deprivation soon led to frequent lapses in concentration. Sharon found it increasingly difficult to focus on her work. Eventually, delusions set in, making it impossible to distinguish fantasy from reality.

Sharon didn’t have a history of mental illness, so her employer, concerned for her state of mind, suggested she see a therapist. Things didn’t improve, however.

“They were kind of supportive at first. They were good about letting me have time off work to see the therapist,” Sharon said. “But as my symptoms got worse, I think I scared them, and they ended up firing me.”

It wasn’t until after Sharon lost her job that she was diagnosed with schizophrenia. She felt some relief in finally having an explanation for her symptoms and beginning the proper treatment, but Sharon worried she would never work again. She was not content to survive on disability benefits for the rest of her life, but the road back to employment was arduous.

“It was pretty hard explaining why I had been out of work for five years,” Sharon said. “I wasn’t sure about disclosing my disability and how people would react to that.”
Sharon eventually found work in the nonprofit sector. She found the work enjoyable and fulfilling, and her dedication was ultimately rewarded with a promotion to Director of Volunteers. However, some executive changes within the organization led to Sharon losing her job after 14 years.

Unsure of where to turn next, an AARP program for job seekers recommended Sharon contact the Starkloff Disability Institute. Sharon quickly enrolled in the Fall 2018 Career Academy Capstone Course, a decision that made an immediate impact.

“I think the practice interviews were most helpful,” Sharon said. “In the past, I would usually get really nervous, and the class helped me to be more confident in interviews.”

Not long after graduating from the Capstone Course, Sharon landed a job with Arch City Defenders, a nonprofit law firm in St. Louis. Happy to be back in the nonprofit world, Sharon serves as an intake coordinator and receptionist.

Sharon became a more self-assured job seeker after completing the Career Academy Capstone Course, and she saw similar changes in her classmates.
“I think other people in my class ended up more confident than they were when they started. I would say taking the class really helps. Give it a try.”