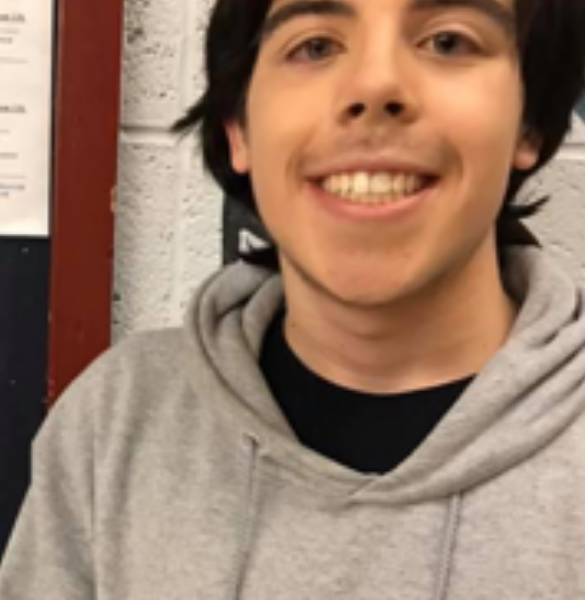 Jarod Ebert reports to his job at Pirrone’s Pizzeria in Florissant bright and early Sunday morning, preparing the kitchen for a steady stream of hungry patrons. While he typically logs about 25 hours a week, he pulls a 12-hour shift on Sundays, a responsibility he relishes.

“I prep food for the entire day, rolling out dough, chopping the onions and green peppers, sifting and weighing out the Romano and Parmesan cheese,” Jarod recounts. “When my boss got my schedule figured out, he asked me if I could work a 12-hour shift, and I was fine with it.”

A recent participant in Starkloff’s DREAM BIG and current Access U student, Jarod is about to have his work ethic tested in a whole new way as he begins his freshman year at St. Louis Community College Florissant Valley. He admits it’s an especially stressful time to be starting a new chapter in his life.

“I’m nervous about going to college during the pandemic because I’m not exactly sure what’s coming up and what the expectations are,” Jarod acknowledges.

The COVID-19 crisis already deprived Jarod and his classmates of the traditional graduation ceremony, forcing school administrators at Bishop DuBourg to improvise on behalf of their departing seniors.

“When we cleaned out our lockers and handed in our tablets, we dressed up in our caps and gowns to receive our diplomas and awards,” Jarod recalls. “We did it in groups of five students an hour.”

The theatre program at DuBourg piqued Jarod’s interest early on, and he spent three years acting and doing set design for productions like “Clue” and “The Somewhat True Tale of Robin Hood.” He even played two different roles in his high school’s production of “The Triangle Factory Fire Project,” a challenge he embraced with enthusiasm.

While Jarod enjoys all aspects of his involvement in the theatre, the more humorous productions hold a special place in his memory.

“Robin Hood was a comedy, so I really liked doing that one,” Jarod recalls. “I liked hearing the audience laugh.”

Jarod’s final production as a senior at DuBourg was supposed to be “High School Musical,” but like so many things recently, it was canceled due to COVID-19. But Jarod will be studying theatre at STLCC Florissant Valley, so he’ll be back doing what he loves, sooner rather than later.

Although he isn’t completely certain about his future career plans, he would like to remain involved in acting and set design. He says his participation in DREAM BIG also introduced him to possibilities he hadn’t previously considered.

“I just wanted to get some information on different companies and what they do, what their schedules kind of look like,” Jarod explains. “I really enjoyed the hands-on activity with Bayer and the Purina Farms dog show. I learned that everyone is included at those companies, whether they have a disability or not.”

As a student with autism, Jarod needs accommodations like note-taking assistants, textbooks made available in an audio format, and exams read out loud. He’s already working with staff at Florissant Valley to ensure a successful transition.

“Mr. Littleton from the Access office is helping me notify teachers about my accommodations,” Jarod says.

Having the support of Katie Fields and Access U means a lot to Jarod as well: “Katie is really nice. She has a lot of good ideas for me to be better prepared for college and understand what to expect.”