Land Your Dream Job Through Thoughtful Preparation, Research, and Exploration 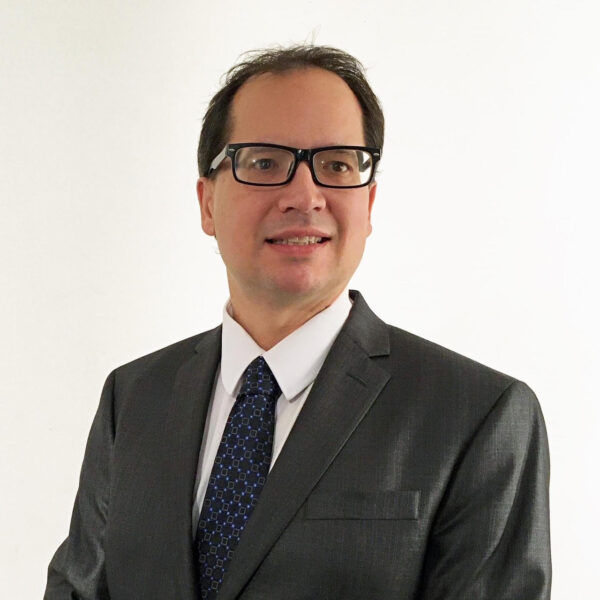 Our ultimate professional aspirations are rarely fulfilled by our first job out of college. Most of us will toil in entry-level positions for years, gaining experience and padding our resumes until that career-defining offer finally comes our way.

Elton Thomas spent 18 years at the Lighthouse for the Blind before landing his dream job just last month. But he didn’t spend that time passively waiting to be handed a more lucrative and rewarding opportunity. Elton built himself into the ideal candidate through thoughtful preparation and lots of hard work.

“I always tried to take the initiative, to do what I could to keep moving forward,” Elton explains. “I would highly encourage other jobseekers with disabilities to take the same approach. Think of it as an exploration. You’re just researching and exploring, finding that new opportunity to better yourself.”

After a few years of operating machinery at the Lighthouse, Elton was ready to begin exploring his own possibilities. He started with a couple of introductory business courses at St. Louis Community College Forest Park. These initial classes helped prepare him for National Industries for the Blind’s Business Management Training Program, a grueling 18-month curriculum geared toward Master’s-level students and executives.

Despite a comparative lack of experience, Elton excelled through the program, completing it in 2007. It gave him the confidence to continue along his academic journey.

“The program is a partnership between National Industries for the Blind and the University of Virginia Darden School of Business. It focuses on five areas of business: general management, human resources, marketing, finance and accounting, and operations,” Elton recounts. “I would say that it gave me the boost I needed to truly become college-ready.”

The advanced training earned him a series of promotions at the Lighthouse as well. By 2012, he had ascended to the role of Production Supervisor, the highest position possible without a degree.

“I guess that was the biggest motivator,” Elton admits. “I didn’t want to have a ceiling.”

So he enrolled as a full-time undergraduate in Business Administration at Ashford University (now known as the University of Arizona Global Campus), an online institution offering accelerated studies for busy professionals. His new schedule of simultaneous school and work meant making sacrifices in other areas.

“There were some things I had to accept in order to make this work. Mostly it was spending less time with friends and family,” Elton recalls. “I had to know going into this that I wouldn’t have much of a social life while going to school and working full-time.”

Even as he tackled the demands of his academic career, Elton continued taking on responsibilities in his professional life. In 2014, he became the Lighthouse’s Public Policy Liaison, representing the organization at various events in Washington, D.C.

Upon earning a Green Belt designation in Lean Six Sigma, Elton also took on the role of Continuous Improvement Manager in 2019. He’s since achieved the status of Lean Six Sigma Master Black Belt, a highly regarded credential in the business world.

After completing his Bachelor’s Degree in 2016, he earned a Master’s of Business Administration from the University of Missouri St. Louis (UMSL) in 2020. As he encourages all people with disabilities to do, he took advantage of every resource at his disposal. For instance, the Lighthouse’s tuition reimbursement benefits helped him shoulder the financial burden of returning to school. Then, he turned to Rehabilitation Services for the Blind (RSB) to cover the expense of his graduate program.

His shiny new MBA didn’t immediately unlock a host of high-powered job opportunities, however. So he enlisted the insights and guidance of professional mentors, a step he strongly recommends for any jobseeker with a disability.

“I wanted to place a lot more emphasis on making sure my resume would be uniquely tailored to each job I applied for. I was really trying to put my best foot forward,” Elton acknowledges. “That’s one area where the Starkloff Disability Institute helped the most. Jason [Hartsfield] worked with me a lot, and he set me up with another mentor from Centene, Jason Brynn.”

The coaching Elton received from SDI helped him secure a number of interviews at top employers in St. Louis. A friendly face greeted him from across the table when he interviewed with Centene. The hiring manager turned out to be Jason Brynn. Although Elton wasn’t chosen for the job, Jason called him later to provide valuable feedback and encouragement.

Eventually, Elton’s discipline and can-do spirit paid off. In April, he was hired by the City of St. Louis as a Government Services Analyst within the Emergency Management Agency. After all of the classes, the added responsibilities, the diminished social calendar, he had finally worked his way up from an entry-level machine operator to the challenging new career he had always longed for. But steady employment in the meantime is what made it possible, and Elton is appreciative of his tenure at the Lighthouse.

“It was kind of a double-edged sword because I really did like the job, the people, being out on the production floor and working with the machines,” Elton explains. “But with my degree, I wanted to do something more analytical and less physical.”

Actively seeking out opportunities for education, proving your worth by volunteering for additional tasks in your current job, identifying potential mentors in your chosen field and listening to what they have to say — Elton urges everyone to include these components in their career advancement plans. Of course, patience and unwavering determination also come in handy.

“Even when you have the degree and all the desirable credentials, you might not get that job on the first try. It might take four or five interviews. The important thing is to be genuine and honest. Just learn and get more comfortable with each one,” Elton concludes. “Think in terms of transferrable skills. Which aspects of your previous experience will be the most valuable to the role you’re currently going after? That’s what employers are looking for.”