Meet Mandy Harvey at 2018 Party to the Max: Dream Big 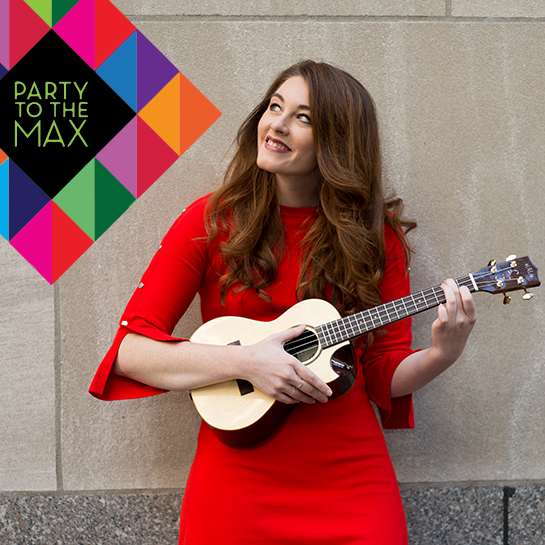 The Starkloff Disability Institute is excited to announce we will be joined by America’s Got Talent “Golden Buzzer” winner and Deaf Ambassador Mandy Harvey at our Party to the Max: Dream Big!

Mandy is a deaf American singer-songwriter. A Vocal Music Education major at Colorado State University, she lost her residual hearing at age 18 due to a connective tissue disorder, and left the program. That was in 2006-2007. She pursued several career options, including education, but returned to music in 2008.

Mandy’s music attracts the attention of those around the world, adding to her message of hope, dream and believe. She made a tremendous impact by way of America’s Got Talent, having reached the finals as Simon Cowell’s “Golden Buzzer” winner.

Mandy just released her first book: Sensing the Rhythm, Finding My Voice in a World without Sound. Published by Howard Books/Simon & Schuster, it has a message of helping others realize their dreams and pursue their hopes.

As an Ambassador for No Barriers USA, she travels the country to heighten awareness, break down blocks, challenge stereotypes and lead the charge toward a brighter future for all.

Mandy will be sharing her music and stories with us on September 15th at the Four Seasons ballroom in downtown Saint Louis.

See Mandy in the America’s Got Talent Finale!