Michael Reese Rolling His Sleeves Up on SDI’s Board 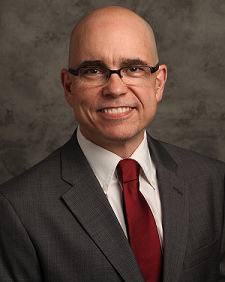 Diversity and Inclusion is a topic that’s become increasingly fashionable to talk about in recent years. But Michael Reese, one of SDI’s newest board members, understands that listening is just as important.

“We went around and literally listened to people at various levels of the organization, be they tellers or senior management. We heard their thoughts on diversity, their thoughts on the challenges we faced as a company along with the things we had done well,” Michael recalls. “Everything was held in confidence, so people were comfortable sharing their opinions. It turned out to be a very good exercise, and we were able to make solid recommendations for how to proceed in strengthening our diversity and inclusion initiatives.”

Michael also chairs the virtual chapter of Wells Fargo’s Diverse Abilities Team Member Network, an enterprise working group supporting current and prospective employees with disabilities. Their efforts frequently go beyond the mechanics of the preliminary application process and protocols for requesting accommodations to address the more personal aspects of career development. There’s a psychological component that often requires nuanced attention, something Michael is intimately familiar with as an individual with significant hearing loss.

“Personally, I think diverse candidates often have extra overhead that nondisabled employees don’t really have to deal with,” Michael reflects. “People are understandably concerned with how they’ll be perceived when they go for an interview because perception is a lot of what makes or breaks it. We want to make sure individuals are prepared for that game.”

When he’s not spearheading Diversity and Inclusion efforts at Wells Fargo, Michael serves as Assistant Vice President of Analytics. In this role, he employs advanced data-mining techniques to evaluate all manners of strategic business issues. He’s held similar roles at Monsanto (Bayer) and Edward Jones Investments, in addition to serving as an analytics consultant to numerous other corporations.

While individual philosophies may differ from one organization to the next, Michael says the overall mission remains fairly consistent.

“Each company has a different view of analytics and how it should be done. At Monsanto, it was more about how we combined the science we were doing with the analytics we were producing to build an integrated analytics environment,” Michael explains. “But regardless of what the details are, it’s always to the same end. How do we get insights out of the data we’re collecting so we can make strategic, technical decisions?”

To go along with his Bachelor’s Degree in Agricultural Science from the University of Missouri-Columbia and an MBA from the University of Missouri-St. Louis (UMSL), Michael has earned graduate certificates in Computer Technology and Data Science from UMSL and Johns Hopkins University, respectively. Despite his wealth of education and professional experience, he insists that he’s not an IT person.

“People hear the word analytics and they think ‘Oh, he’s a computer guy.’,” Michael explains. “But I’m really a marketing and insights guy. It just so happens that there’s some technology involved in doing that. I’m not a statistician either, but it’s important for me to be able to speak that language.”

Fundraising and nonprofit development is its own type of science, an area Michael hopes to contribute to as an SDI board member.

“I think you have to have a firm grasp on who your donors are and how to go about communicating with them,” Michael acknowledges. “Everybody knows there’s a business behind fundraising, and I don’t think it’s anything to be sheepish about.”

Volunteering in the community has always been vitally important to Michael as well. Regardless of the success he has enjoyed in his professional life, it’s his service to organizations like the St. Louis Effort for AIDS, Five Acres Animal Shelter, and now the Starkloff Disability Institute that gives him the truest sense of balance and perspective.

“Not everything comes from government or policy,” Michael observes. “A lot of times it’s just a matter of rolling up your sleeves and asking, ‘What can I do to help?’ It might sound pollyannaish, but it’s true.”