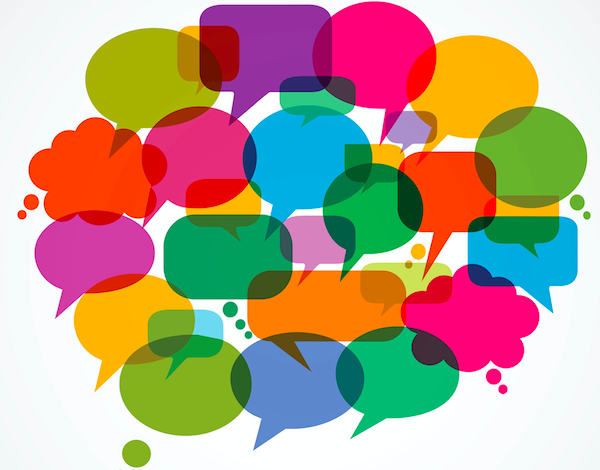 Considerable research has been devoted to how language reinforces stereotypes and biases, both conscious and unconscious. Take the word “crazy.” Many of us use “crazy” frequently in our everyday lives: “That meeting was crazy.” “My schedule is crazy.” “That game was crazy.”

Mental health conditions are extremely common. According to the CDC, 1 in 5 Americans will experience a mental illness each year. If it were true that having a mental illness makes someone chaotic and dangerous, the U.S. would be in shambles. But by continuing to use the word “crazy” to refer to negative events, we perpetuate this harmful stereotype, leading to people refusing mental health treatment and higher suicide rates.

Using inclusive language means avoiding words or phrases that have been traditionally used to marginalize certain groups. As another example, “mankind” was used for centuries explicitly because men were seen as inherently superior to women. Someone who wishes to use inclusive language would therefore use “humanity” instead, as humanity includes everyone.

Below are basic principles of inclusive language:

The first principle of inclusive language is embracing the idea that there is no finish line. Let’s not beat around the bush. None of us are ever likely to be 100% inclusive in our language. It’s hard to change the way we speak. It takes a lot of practice. We make mistakes and slip up. In times of frustration, we often fall back into bad habits. We’re only human.

Changing your language requires effort, and it can be hard for those around you to understand why you’re doing it. You may become fatigued and go into a defensive place out of frustration. Acknowledge these moments, give yourself permission to make mistakes and remind yourself that your efforts are for a good cause. Those in marginalized communities will see your efforts and be appreciative of them.

Just as it takes time and practice to change our language, it takes time to learn about all the myriad ways language has been used to marginalize others. If you suddenly learn from someone that you’re using language harmful to them, find out why it’s harmful. Ask what words they use when trying to get a similar point across. You’ll expand your vocabulary and make your language more inclusive at the same time.

In an example of listening then asking, it’s common for many people who are deaf or hard of hearing to prefer being referred to as Deaf with a capital D. Many in this community regard Deafness as a cultural identity similar to other ethnicities. This can get confusing, which is why we encourage you to start with person-first language and adjust as needed.

This principle of inclusive language recognizes the fact that people have a right to choose the identities they want to be known by. For people with disabilities, this means avoiding language that suggests a disability is something inflicted upon someone. For example, saying someone is “confined to a wheelchair” suggests they have no choice, but actually they do. They can choose not to use the wheelchair. Thus, “wheelchair user” is more inclusive.

As an employer, the language you use sets an example not only for your own workplace but for the business world in general. You are in a powerful position to influence the lives of millions just by how you decide to speak. People from marginalized communities will see your company as a safer place to work, be more willing to ask for help, be more productive and have lower turnover rates than they would at less inclusive companies.

Lori Becker, Chief Operating Officer of Starkloff Disability Institute, conducted a webinar on Reporting on Disability with Dignity in July. The thesis of this webinar, and any webinar on inclusive language, is that utilizing a language of inclusion is key to attracting and retaining top talent from traditionally marginalized communities, including people with disabilities. You can watch the webinar on SDI’s YouTube page.