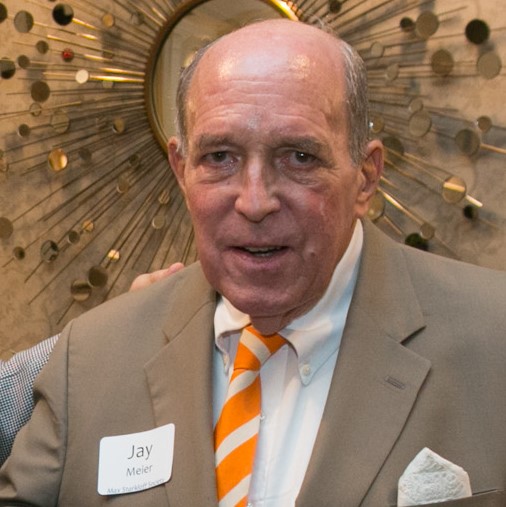 The Starkloff Disability Institute is deeply saddened by the loss of one of our dearest and longest serving Board members, John J. Meier, III.  Jay, as he was called by family and friends, came to Max and me shortly after the Starkloff Disability Institute was formed and said, “I want to be on your board!”  Max and I had known Jay for more than 20 years because he also served on the Paraquad Board while we were there.  We were delighted that he wished to join SDI!

Recently, Jay wanted SDI to increase our name recognition and visibility by having our name on our building in such a location that people driving downtown on Interstate 64 could see our logo.  I’m only too sorry that I was not able to tell Jay that his wish may soon come true.

I became a very close friend of Jay over all the years that we’ve known each other. His passing is a deep loss of a wonderful, kind and thoughtful friend.

The Starkloff Disability Institute Board and staff express our most sincere condolences to the Meier family, to John, Jobie and Trow on the loss of their father.  He will be missed dearly.