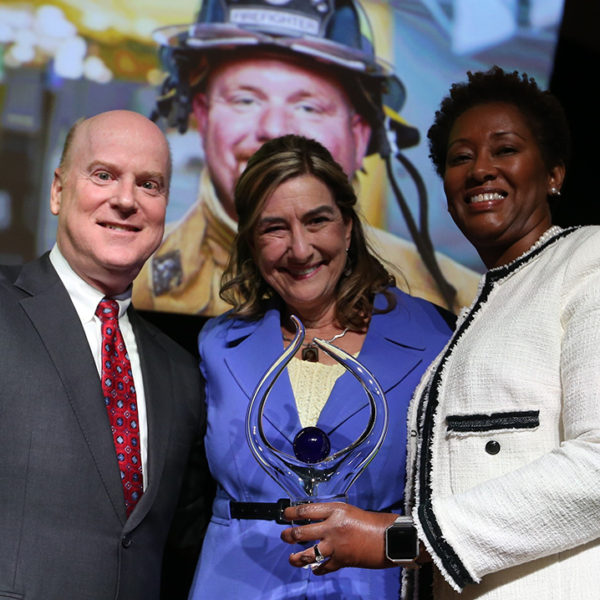 Both SDI Co-Founders, Colleen Starkloff and David Newburger, were recognized for significant civic contributions in the month of November.

Colleen Starkloff received the Inspire Award from Bi-State Development for her significant contributions to the St. Louis region. This inaugural award was presented by Chief Executive Officer and President of Bi-State Development, John Nations. Colleen was honored for the efforts she and her late husband Max Starkloff put forth to create a public transportation system that is accessible for all people. Their work ultimately paved the way for St. Louis to become the first transit system in the United States with lifts on buses.

Nations, who became a close friend of the Starkloffs, fondly honored Colleen at the Bi-State Development Annual Meeting at the Chase Park Plaza on November 2nd before a crowd of hundreds of civic leaders.
“Colleen Starkloff has made our company better. That’s no small feat,” Nations said. “When Colleen Starkloff came into my life, I got smarter.”
When accepting the aw

ard, Colleen said, “I accept this award today on behalf of the disability rights champions all across our city and all across our country who continually fight for full inclusion for people with disabilities. You honor all of us, and Max.”
Co-Founder David Newburger was awarded by East-West Gateway Council of Governments at the Outstanding Local Government Achievement Awards during the 53rd Annual Meeting on November 15. David was recognized for Exemplary Accomplishment by a Local Government Jurisdiction, Agency or Individual for his exemplary leadership of the Universal Design Group (UDG) during the construction of the new Gateway Arch Museum.
As part of his recognition, East-West Gateway created a video to showcase David’s work as the leader of the UDG, as well as his continued leadership and service as the Commissioner for the City of St. Louis Office on the Disabled. David’s contributions to the Gateway Arch Museum ensure that all people are able to participate and have the same experience at the same time. David’s leadership has also been recognized by many, including the National Parks Service, and the fruits of his labor will be enjoyed for many years to come.
“We are incredibly proud of the civic leadership provided by our Co-Founders,” says Steve Degnan, SDI Board Chair. “David and Colleen are

invaluable assets to the entire St. Louis community. Their knowledge and expertise ensure that every aspect of our society reap the benefits of disability inclusion, and that people with disabilities get the full participation they deserve.”

Congratulations to David and Colleen on their well-deserved accomplishments! 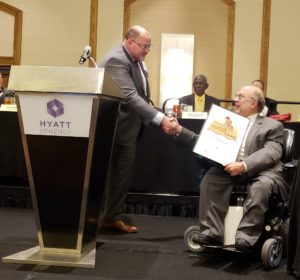 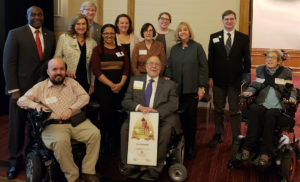