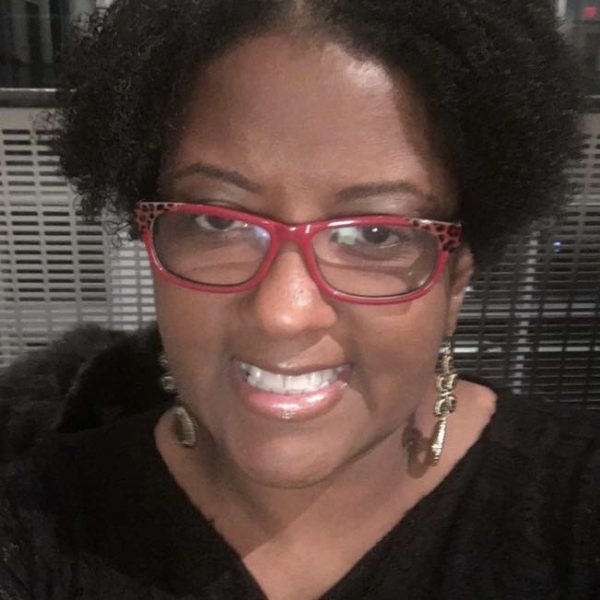 “Starkloff was a perfect fit in my life.”

“I am so grateful for Starkloff Disability,” Tamiko Garrison professes. “It gave me the jump start I needed in my career as a result of my disability.”

Tamiko was diagnosed with Polycystic Kidney Disease (PKD) in the 90’s when she attempted to donate a kidney to her father, who also had PKD but was in End-Stage Renal failure. In 2013, she was diagnosed End-Stage Renal Failure and began Peritoneal Dialysis. The following year, her brother served as a living donor of a kidney.

“I was terminated from my job immediately following my kidney transplant,” Tamiko tells us. She was an Executive Director. “I was on Social Security, but I knew there was a time limit because my health was improving.” Tamiko was worried about her entry into the workforce, but Starkloff stepped into her life through her Louisiana Rehab Services Specialist.

“Tamiko was a true asset during the 2014 Starkloff Career Academy Boot Camp in Baton Rouge, Louisiana,” says Susan Menhard, Program Director. “I was impressed with her self-awareness, the poignant observations she shared with other candidates and her fun, friendly style. It did not take much time before I knew she had the skills and qualities to be successful in the corporate setting.”

“There are three strategies I learned in the Starkloff class: revamping my resume, the 30-second elevator pitch and the accommodation ask,” Tamiko shares. “These were instrumental in helping me land my job in the Healthcare Industry.” She now works at United Healthcare in the Baton Rouge area as an Investigation Consultant.

“Being able to sell myself with my resume and utilizing those 30 seconds despite my changes were so important,” Tamiko acknowledges. “Also, knowing how to discuss my disability and the accommodations I need without feeling like a burden on the company was a comforting feeling.”

“Starkloff was a perfect fit in my life,” Tamiko concludes. “It was just what the doctor ordered.” The love and support were just what she needed, she says, to get her connected to the right people with the job that utilizes her 20+ years of investigational skills, despite her disability.

An accountant by education and training, Tamiko earned her Bachelor of Science degree in Accounting from Southern University in Baton Rouge in 1990, and spent 15 years as a Special Agent with the Internal Revenue Service. During this time, she resided in Phoenix, New Orleans and Chicago before deciding to return to Donaldsonville. She also has the following credentials: Certified Fraud Examiner (CFE) and an Accredited Health Care Fraud Investigator (AHFI).

When she returned to Louisiana, Tamiko owned and operated a private investigations firm, served as Director of Compliance at Southern University, was the Executive Director of AMIkids in Donaldsonville and Baton Rouge, worked as a Senior Investigator with Louisiana Healthcare Connections and is currently an Investigation Consultant for United Healthcare.

Tamiko’s leisure interests include scuba diving, swimming, dancing, and spending time with her family and friends. She teaches etiquette classes, hosts health fairs, and serves as an advocate for the sick and disabled.

Tamiko resides in Donaldsonville with her husband Ira, a DCS Specialist at CF Industries, and her daughter, Tamiko, Jr. She is an 18-year-old Junior at Southern University in Baton Rouge, majoring in Finance and English.

“It’s an honor to share my Starkloff testimony,” Tamiko proclaims.