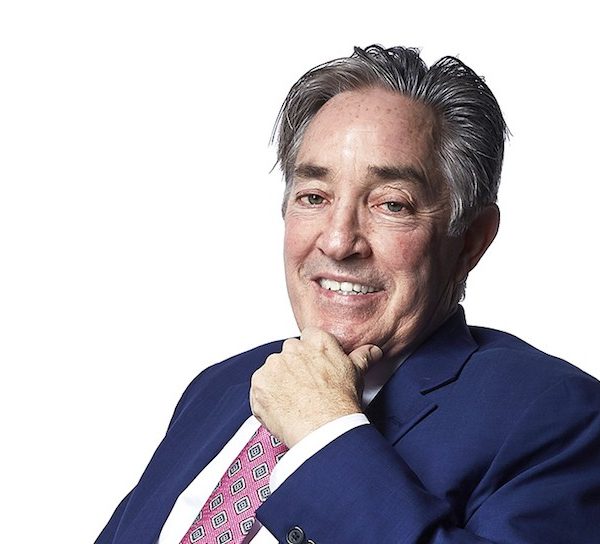 Ray Hartmann felt a sense of kinship with Max Starkloff from the moment they first met in 1982: Ray, the enterprising young publisher of a fledgling independent newspaper; and Max, the pioneering young disability rights advocate who launched one of the nation’s first centers for independent living just a handful of years earlier.

“I always saw a parallel, where he started Paraquad and I started the Riverfront Times,” Ray recalls. “But, to me, the parallel really ended at the word ‘start.’ What he did was so much more meaningful.”

Ray, who would eventually serve on the Board of Directors, first of Paraquad and later the Starkloff Disability Institute, never had any prior experience with disability. He was simply captivated by the Starkloffs and their mission.

“The story of Max getting himself out of the nursing home, meeting his wife Colleen and the two of them leading this national movement to empower people with disabilities to empower themselves … it’s a stunning story,” Ray remarks. “I had the benefit of interviewing Max and being blown away nearly 40 years ago, and it’s been really educational for me to be part of it since.”

The latest recipient of SDI’s Gold Star Board Member distinction, Ray has made his own indelible mark. SDI Founder Colleen Starkloff recognizes how his unique spirit of activism has enriched the organization.

“Ray Hartmann has long been known and respected as a civic leader who speaks truth to power. Ray has dedicated himself to promoting the work of SDI since its inception in 2003, but he has also been a loyal supporter of Max Starkloff,” Colleen proclaims.

“Since Max died in 2010, Ray has served as President of the Max Starkloff Society, the group of our most generous donors, and has increased membership in the society to over 100,” Colleen proudly details. “Ray now joins our Gold Star Board as one of its most distinguished members, and the Starkloff Disability Institute thanks him for his years of service to the cause of disability rights.”

Now in the fifth decade of his illustrious career, Ray is an iconic figure in local media. Under his leadership, the Riverfront Times twice won the Missouri Press Association’s Gold Cup as the top weekly newspaper in the state and established itself as one of the nation’s most successful alternative weeklies. As publisher of St. Louis Magazine for 24 years, he breathed new life into what had previously been a struggling periodical. Although he has since sold his interests in both publications, Ray continues to write. As of 2019, Ray’s columns once again grace the pages of the Riverfront Times.

Ray’s commentaries aren’t restricted to print, however. He takes to the airways every week night for his radio program on 550 KTRS, In the Know with Ray Hartmann. Additionally, he still appears as a panelist on Donnybrook, the weekly political debate show he launched along with Post-Dispatch columnist Bill McClellan back in 1987. Airing every Thursday night on the Nine Network of Public Media, Donnybrook garners the highest ratings of any locally produced PBS program.

Although Ray ultimately became a celebrated fixture on the local journalism scene, twice being named Media Person of the Year by the Press Club of Metropolitan St. Louis, he was doused with a cold splash of reality at the very outset of his career.

“I had a pretty good resume: journalism school at Mizzou, internship at the Philadelphia Inquirer, worked as a stringer for the Post-Dispatch. I sent form letters to the top 20 daily newspapers in the country and let the bidding war begin,” Ray sheepishly recalls. “I only got two letters back, both saying ‘No, thanks. We don’t hire people without experience.’ Talk about a humbling turn of events.”

The irrepressible Ray was undaunted, however. After purchasing an unlimited travel pass for students aboard what was then known as Allegheny Airlines, Ray embarked upon a tour of 20 news rooms in 15 cities over 12 days. With no appointments, little in the way of preparation, but plenty of enthusiasm, his quest for employment eventually landed him in Albany, NY, a sleepy upstate capital with two newspapers.

Ray literally flipped a coin and strode into the office of the Knickerbocker News, where he would work tirelessly for the next 14 months, long enough to realize he did not want to make a career of being a daily reporter.

He returned to Missouri, taking a job as speech writer for then Governor Christopher “Kit” Bond. On the surface, Ray serving under a Republican governor seems incongruous with the decidedly left-leaning principles he would become known for in future years. But as Ray explains, the political landscape  has undergone drastic changes.

“This was a completely different era, back in the days when Republicans could be progressive. Kit was a great governor in my opinion, probably better before I got there,” Ray recollects with a smile. “I like to say I was 13th on a staff of 12, just a young kid with long hair. I got to travel with him some but I was a low-level staffer, not really part of the campaign.”

Governor Bond did not win reelection in 1976, freeing up Ray to launch the RFT in 1977 and setting the stage for the rest of his colorful career in journalism.

As a staunch Democrat who’s fashioned a lucrative and rewarding career of voicing his liberal opinions, Ray still doesn’t take himself too seriously. But his views are nothing if not consistent, perhaps even a bit too consistent.

“I pride myself on having undergone very little emotional growth since college. Most of us mature and change with age, but I really haven’t changed,” Ray admits half-jokingly. “We were all about student power when I was at Mizzou. And here I am, a parent of kids who are only a couple of years away from college themselves, and I’m still all about student power. I still think students should have far more influence over their own lives than they often do at a university.”

Nowadays, he’s all about earning power, too, especially where individuals with disabilities are concerned. He admires the two-pronged approach SDI takes to career development.

“I don’t want to understate the niche we’ve carved out. It’s really important work SDI does on both ends,” Ray explains. “We’re helping people with disabilities prepare for interviews, develop their resumes and build their confidence.

But it’s also sensitizing employers to the idea that disabled employees are every bit as worthy as nondisabled ones. I’m glad we’re able to bridge that gap.”

For Ray, it all comes back to a visionary who saw possibility where few others did. “It stems from one thing Max taught me and taught everyone really. That was empowering people to empower themselves,” Ray remembers fondly. “That’s all people with disabilities want or need, and that’s what comes to mind when I think of Max and his sense of activism. That’s what he taught the world, and I’m happy to have been part of it in whatever way I could contribute over the years.”