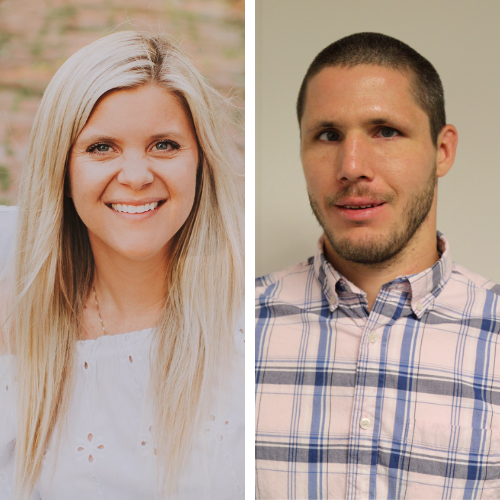 The spring and summer months have ushered in a whole new era of progress at Starkloff Disability Institute: New programs like Access U are taking shape; first-time events like the Accessible Networking Happy Hour are generating enthusiastic responses; there are even a couple of new faces around the office.

Lisa Roberts, SDI’s Events Coordinator, is one of the most recent additions to the team. She brings a wealth of experience from her tenure as Director of Events at the Kemp Auto Museum, renowned for its collection of Mercedes-Benz and other high-end European automobiles.

“The museum was nonprofit, but we charged admission for tours, and we rented out the space for wedding receptions and special events,” Lisa says. “We hosted fundraising galas for tons of great organizations—Ranken Jordan, Angels’ Arms, JDRF and many others. We worked 80-hour weeks sometimes … it was crazy, but I loved it.”

Lori Becker, Chief Operating Officer and Director of Communications & Development at SDI, welcomes Lisa’s arrival. “We want our donors, community partners, volunteers and participants to engage with us in meaningful ways.

“More and more often, this means through great event experiences,” Lori explains. “I love working with Lisa because she always goes the extra mile and offers to do and take on more. She is unflappable — nothing stresses her, and there is no problem that can’t be solved.”

The Kemp Auto Museum closed in 2015, so Lisa took a few years to stay home and raise her young daughter. Any trepidation she might have had about re-entering the workforce quickly vanished when SDI came to her with a flexible offer.

“I’m on a part-time schedule, usually about 20 hours a week, and I can work from home when I need to,” Lisa says. “I didn’t expect to do events again because of the long hours and trying to balance that with family, but now I have the best of both worlds. I really couldn’t have dreamed up a better situation for myself right now.”

When she’s not scoping out venues and handling logistics for SDI, Lisa enjoys going to the theatre, trying new restaurants and traveling with her husband and daughter.

Her introduction to the world of Disability Rights advocacy has been fun and educational as well. “I’ve really enjoyed learning about Starkloff and what it is we do here,” Lisa says. “It’s really good to know that someone’s out there fighting this fight, and it’s even more exciting to be a part of it.”

Josh Sisson isn’t exactly new to Starkloff. He graduated from the Career Academy Capstone Course in the spring of 2017 and began serving as a volunteer grant-writing assistant shortly thereafter.

Jean Wasko, SDI’s primary grant writer, oversaw Josh’s volunteer work and provided valuable mentorship. “Shortly after Josh graduated from the Capstone Course at Starkloff, he took a grant-writing class to move his writing career in a new direction. As the grant writer for the Institute, I was asked if I would be willing to review proposals that he had created for practice and provide feedback,” Jean explains.

“As a former teacher of writing, I agreed,” Jean recalls. “My interaction with Josh was a treat! He had chosen to research foundations, find suitable prospects and pretend he was writing on behalf of SDI.

“I was thrilled to discover that he is an excellent writer—a rare commodity. I had almost no ‘correcting’ to do, and I could address higher-level issues. Josh never needed to be told anything twice. He learns quickly and he has the skills to make any adjustments,” Jean reports.

Josh graduated from Truman State University in 2007 with a B.A. in Communication and Journalism. As a sports reporter for the campus newspaper, Josh covered Truman football, wrestling and rugby for three years. He also worked in a variety of capacities at the student radio station, eventually taking over as sports director his senior year.

Although Josh had a passion for journalism, he found it difficult to break into the industry. “I applied for jobs at several newspapers right out of school, but they always favored candidates who could take photos and assist with page design in addition to writing stories,” he remembers.

“I was essentially being passed over because I can’t see, and it left a bitter taste in my mouth,” Josh admits. “I ended up taking a collections job at a bank, and I never seriously considered journalism again.”

Due to retinitis pigmentosa, a genetic retina condition, Josh has been totally blind since age five. Aside from the employment challenges it sometimes presents, blindness hasn’t prevented him from leading an active, fulfilling life.

As a young person with a disability, Josh found an identity and sense of belonging in sports. “I always loved listening to football and baseball on the radio, and it gave me something to bond with family and friends over. But most of my buddies also played sports, and I wanted to be part of that, too,” Josh says.

“So I went out for the wrestling team when I was eight,” Josh tells us, “and I continued wrestling until I graduated high school. It taught me a lot about discipline and hard work, and I think people gained a new respect for me when they saw me competing with and beating sighted opponents.”

A judo black belt and avid runner, Josh continues to be heavily involved in sports as an adult. His career path, however, still seemed a bit uncertain, at least until the beginning of 2019.

The new year brought with it a new opportunity, this time to work alongside his friends at Starkloff. As SDI’s freelance contributor, Josh writes content for various newsletters, assists with grant preparation and handles any other writing projects that might come along.

“When you have a team full of talented people who are personally invested in the mission, it doesn’t get any better than that,” Josh says. “The fact that they trust me to help with this important work is an honor, and I won’t let them down.”