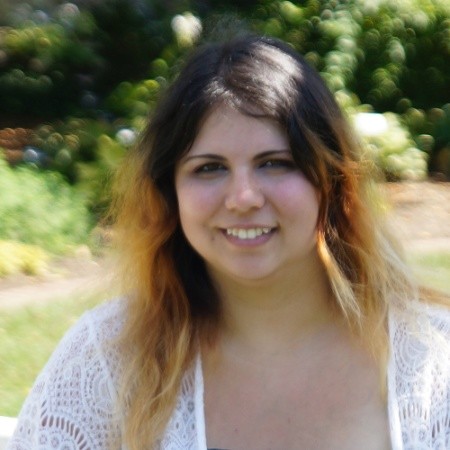 Knowing how and when to disclose one’s disability to a prospective employer can be difficult, particularly when the condition isn’t readily apparent.

Sara Hussain, a participant of the 2018 Starkloff Career Academy Reverse Job Fair Boot Camp, is all too familiar with this pre-employment uncertainty.

“You know that part of the application that asks if you have a disability? To me, that was really scary because I didn’t know how to answer that,” Sara said. “Starkloff helped me come to terms with having mental disabilities.”

Sara was diagnosed in college with attention deficit disorder (ADD), anxiety, and depression following a sudden and prolonged bout of panic. Sara’s childhood was marked by frequent moves to new cities and schools, social isolation, and parents suffering from their own mental illnesses – all environmental and genetic contributors to Sara’s eventual diagnoses.

“With all the moving and lack of stability, it’s really hard to figure out who you are,” Sara said.

After consulting a psychiatrist and beginning a proper care regimen, Sara completed her undergraduate studies in Middle School Science Education at Maryville University. Sara decided to stop taking her prescribed medications before enrolling in graduate school at Webster University. She also chose a new career path: Marketing and Advertising.

Sara sailed through the curriculum at Webster, amassed a 4.0 GPA and graduated with honors. Sara began looking for work armed with her new Master’s degree, but it wasn’t long before the old symptoms of ADD, anxiety, and depression crept in once again.

“I did my master’s program without needing medication. I figured out how to train my brain in a way to organize information better so I could stay focused and on task,” Sara explained. “After I graduated, I guess not being able to find a job right away felt defeating.”

“It’s hard to answer questions in interviews when you have so much fear inside,” Sara said. “Even though I knew the answers, I kept forgetting how to phrase them. I would either get too quiet, or I would talk too much. Networking was one of the things I wanted extra help with.”

With the support of a free program through BJC Mental Health and a new psychiatrist, Sara discovered the Starkloff Disability Institute. Sara soon realized Starkloff had something truly special to offer in the week-long Reverse Job Fair Boot Camp.

The support Sara received from Starkloff quickly paid off. After summoning the courage to join a networking group called Women in Digital, Sara applied for a contract position with Edward Jones. Sara recognized a familiar face when she arrived. One of the associates conducting the interview was a connection from Women in Digital. Sara now works on Internal Communications and Web Development for Edward Jones.

Sara encourages other disabled job seekers to consider the Starkloff Career Academy, regardless of where they’re at in the process.

“At the very least, you will make some new friends. At best, you’ll become a totally different person in a good way. Your entire perspective on job hunting will change, and you’ll feel inspired and empowered to make things happen.”