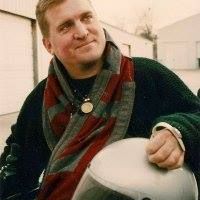 SDI is known for advocating the full participation of people with disabilities in society through employment, education and universal access. But a full life goes beyond these settings. In a special Valentine’s Day interview, Starkloff’s Disability Studies Director, Steve Foelsch opens up about his experiences with finding love.

Q:  You became quadriplegic at age 20, a time when many young men are dating and finding future spouses. How did your accident and disability impact you at the time?

A: I was completely devastated. I am a very sexual person and at the age of 20 my sexuality and prowess were a big part of my identity. After I wrecked my motorcycle, I remember a social worker came to talk to me after some nurses had expressed to her that I was really upset and concerned about my sexuality. She was of no help at all. As a matter of fact she was quite discouraging and made me feel like I was a creep for being concerned about my sexuality. I remember she said something like, “there is a lot more to life than sex and the sooner you come to appreciate what you have left the happier you will be in the future.” There are several studies that demonstrate that medical professionals have an extremely negative and pessimistic attitude towards disability and quality of life. I guess that’s because they are there to solve problems and fix things. They can’t fix disability.

I also felt like I was being left behind or missing out of a major aspect of being a man because my friends were getting married and buying houses and having kids. Once at the City Garden and downtown St. Louis on a beautiful spring day, I was watching the little kids run around the fountains got really sad. I thought, “Man, I could have been a really cool dad.” Later on that day, feeling depressed, I found myself at a Walgreens picking up a prescription and a toddler had a complete meltdown in the middle of the store. I just remember looking at the expression on the father’s face and that feeling went away. I have never really been depressed about that since.

Q: How did you re-emerge into the dating scene?

A: I don’t know if I actually consciously reemerged. I just started going out. I did a lot of drinking, and I always wound up hanging out with guys who were musicians. Back then, you could drink on the sidewalks and play music all night long. I never really actively pursued anyone, but I do remember making sure that me and my friends were at the places someone I was interested in would frequent.

A: I have only been on one “official” date in my life and it was terrible! I remember asking her on the sidewalk if she considered the date to be over and she said it definitely was. I said, “Good! What a relief that is. Now, do you want to go across the street and have a beer with me?” She ended up staying the whole weekend at my apartment.

Q: Worst (or funniest) dating experience since being disabled?

A: I don’t think I would call it a date but someone that I was intimate with took me to The Muny to see “West Side Story” in the late 1980’s. Back then, wheelchairs were real primitive and the only way that I could lean back and get comfortable was by moving a lever. I have a really bad habit of just assuming that everyone knows what to do as much as my buddies who go out with me two or three times a week. Anyway, I tell her to “Just move the lever so I can lean back.” Unfortunately she moved the lever all the way and the back of my chair unfolded and I crashed down on the ground, as she let out a bloodcurdling scream. This shut the whole audience up until they realized what had happened, that I wasn’t hurt and was laughing. The whole audience started laughing with relief.

Q: What are the biggest barriers to dating or finding romance today?

A: Being perceived as needy.  The financial disincentives to get married. Your partner slowly becoming your Personal Attendant. Actually, it’s kind of the reverse. A few times I have had people stop working for me as personal attendants because they felt as if we were getting too close.

I know of several instances where it wasn’t really the person I was seeing having a problem but it was her family and friends that said some hurtful things about both of us. I figured if they were that easily influenced I was better off.

Q: What dating advice would you give a young disabled person today?

A: I know that sounds corny but I would say just be yourself. Secondly, just get out there. Don’t get out there as if you are on the prowl or have to meet some type of goal or objective, just get out there to have fun. Dating is tough even for able-bodied people. Having a disability just throws a couple more curveballs into the game.

Q: What message do you want to send to nondisabled people this Valentine’s Day?

A: People with disabilities, whether they have acquired disabilities or congenital disabilities, have spent a lot of time examining themselves. They have an accurate perception of themselves and what they want. I think that they have the ability to be more adaptable, forgiving, and understanding. I know that when I was able-bodied, I spent a lot of time running away from who I was or trying to erase who and what I was with drugs and alcohol. Having a disability is kind of like having the universe shove a mirror up into your face. Don’t get me wrong; some people don’t look, some glance away, some take a look from time to time, and some people focus on themselves and nothing else. When you come to find someone who examines themselves every once in a while you have a pretty happy and adaptable individual.