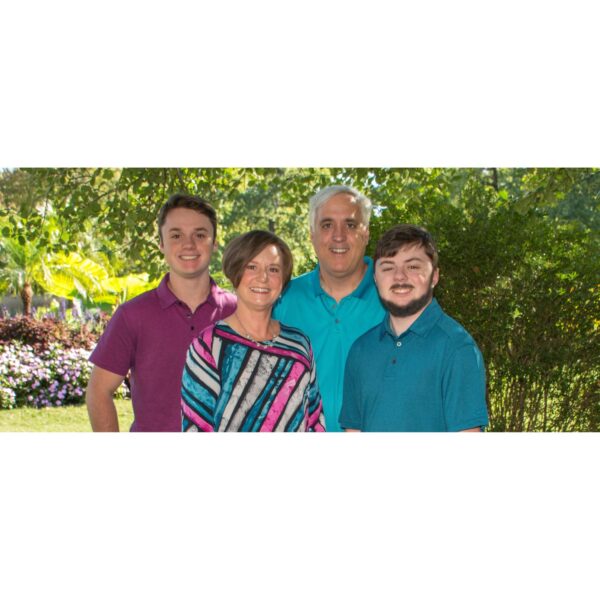 SDI’s expanding programs are building a pipeline for kids with disabilities to launch successful careers as adults.

Congratulations to Brett Hebert, Dream Big and Access U grad, on the start of his career in Electrical Automation!

First connected with our youth programs by his mom, Cathy, Brett joined Dream Big when it was a pilot program in 2017. “A friend told me about Starkloff Disability Institute, and as a Mama Bear, I pursue everything,” Cathy reflected. “I happened to call and they told me about the Dream Big camp they were doing that summer.”

At the time, Brett was preparing for his first year of high school. Electrical Automation, Brett’s current career, wasn’t featured during that camp, but he gained tools and strategies from the transition planning offered alongside company visits that shaped his future.

“It’s hard to decide what to do after high school, but it’s even harder as a kid with a disability,” Cathy explains. “Dream Big was a godsend to see not only job possibilities but also companies who were welcoming to people with disabilities.”

That fall, Brett attended Lindbergh High School and recently graduated. Brett was finally on his “launchpad,” a term Cathy uses to describe the transition from high school to the beginning of a career, but he was starting to slide off the edge. Originally taking 9 hours of general education classes at St. Louis Community College at Meramec, Brett dropped down to just one art class by his second semester.

“We told him that his main focus was to either be in school full-time or get a job,” Cathy remembers. “It was a hard time for all of us.”

After a counselor’s recommendation, Brett decided to go to Ranken Technical College, a private technical school in St. Louis. With his academic future looking bright, Brett began to think about what would come after graduation.

Brett heard about Access U, SDI’s newest program was created to prepare college students with disabilities to be competitive internship applicants and bridge the gap between school and successful careers. Cathy immediately jumped at the opportunity to enroll Brett in the program, but working with Access U is not the same as a summer camp.

“I talked to Katie first, and she said ‘I am happy to meet with him, but he has to want to meet with me too,’” Cathy says.

Brett took the initiative and called Katie Fields, College Outreach Coordinator to enroll in Access U. Katie and Brett worked to craft competitive application materials and practice for upcoming interviews. In addition to mock interview practice, Brett and Katie also created a plan on when and how to self-identify as a person with a disability.

“It was amazing to watch his confidence grow, especially around interviewing,” Katie said. “It’s been wonderful to see the success he’s found because of his hard work and dedication to enhancing his career development skills.”

Thanks to Brett’s hard work and commitment to the Access U curriculum, he was able to land two internships before graduating from Ranken last December. That work experience was valuable in more ways than one. Brett was able to figure out what career path he wanted to pursue, and he learned tough lessons about misunderstandings that may arise from not disclosing a disability.

As a person with an invisible disability, Brett learned that self-identifying as a person with a disability early on the job made it easy for him and his employer to understand Brett’s working style and create a supportive environment for success.

Brett is now a Maintenance Technician at International Paper in Maryland Heights, a job he finds to be mentally-stimulating and enjoyable. As far as plans for the future, Brett is excited about the new skills he is learning.

“Right now, I am just trying to get more experience,” Brett shares. “I do like design, and I’ve done a little work there, so maybe I’ll try that in the future.”

Cathy is an enthusiastic supporter of our programs and encourages every parent considering Dream Big or Access U to, “DO IT!”

“Dream Big was one of the many stepping stones to getting him where he is now. All of these experiences help your child feel more confident, see the possibilities, know that they are valuable and will be valued some place in the future,” Cathy praised. “Dive in! What’s the worst that can happen?”