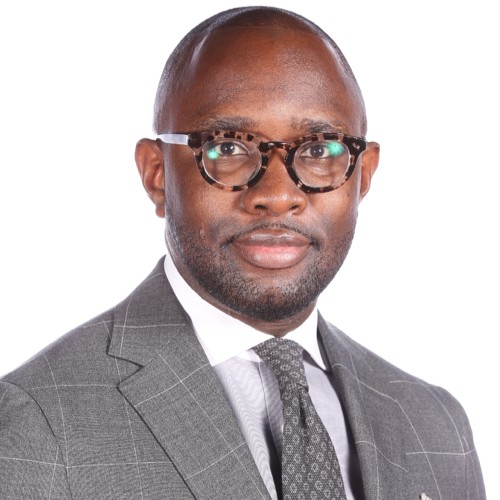 For SDI’s newest board member Adewale “Wale” Soluade, diversity and inclusion were nothing further than a couple more regulatory items to cross off a young branch manager’s never-ending list.

But after significant corporate restructuring, PNC Bank decided to renew its diversity and inclusion efforts. Wale was chosen to lead a working group tasked with this responsibility, and it was then that his perspective began to change.

“That’s when I came to recognize diversity and inclusion as being a lot more than a check-the-box exercise that so many organizations find themselves doing,” Wale recalls. “At the same time, I also got to see it being focused on as a strategic imperative, something that could provide a competitive advantage to an organization.”

Since then, Wale has held prominent positions in the diversity and inclusion space, first at Commerce Bank and currently at Centene Corporation. But a job in corporate America wasn’t always on Wale’s radar.

Wale and his family immigrated to the United States from Nigeria when he was 16. While vacations brought him to some of the nation’s iconic landmarks, they didn’t at all prepare him for relocating permanently.

“My family and I grew up traveling and visiting the US a bunch of times, but officially moving and living here was a different experience,” Wale acknowledges. “It’s funny. You visit; you go to Disney World and do all that fun stuff, but then you realize that you have to learn a completely different cultural dynamic to be successful.”

Despite his unfamiliar surroundings, Wale never lacked ambition. An aspiring airline pilot, he initially enrolled in the University of Central Missouri School of Aviation. But the tragic events of Sept. 11, 2001 unfolded in the middle of his freshman year, forcing him to re-examine his future plans.

No longer comfortable with the resulting uncertainty around the airline industry, Wale’s parents, mother an accountant and father an attorney, strongly urged him to pursue a different profession. After diligent research and contemplation, Wale settled on the world of finance, a choice he doesn’t regret.

“You can kind of see the historical pattern when an event occurs that shifts the trajectory of an entire industry. I knew that there would be a significant impact on air travel over time, and I knew jobs would become harder and harder to come by,” Wale reflects. “I have friends who stuck with the program, and now, however, many years later, some of them are just getting into first-officer seats. That definitely would not have been the thing for me.”

Meanwhile, Wale’s career has advanced rapidly. When he joined Centene in 2017, he became the director of a newly formed diversity and inclusion department. An unwavering company-wide dedication to the cause meant that Wale didn’t have to burn calories on encouraging corporate buy-in. Rather, he could focus his considerable energies on building a framework and shaping what diversity and inclusion would look like across the entire business.

“We’ve had the support to do everything we need to do, which is why in the span of roughly three-and-a-half years we’ve gone from a diversity and inclusion office just being announced to winning national and international awards,” Wale declares. “We’re authentic and intentional about it. It’s a full-on commitment from the CEO on down.”

Centene has been a valued corporate partner to SDI for many years, so Wale was introduced to the organization and its mission early on. Wale got to know SDI Founder Colleen Starkloff through her involvement with Centene’s most important disability-related initiative.

“Colleen has been extremely active with our National Disability Advisory Council, which is another group we’ve cultivated over the years,” Wale explains. “In working with the council, I got to know Colleen pretty well and was pleasantly surprised when she asked me to join the board as a representative of Centene. It was wonderful to hear, and it only further strengthens the relationship between the two organizations.”